“That toddlin’ town,” Frank Sinatra crooned of Chicago back in 1956. The city, home to grand avenues and some of the first true American skyscrapers, is a relatively young one built on late 19th and early 20th century innovation and industry. Though its roots aren’t chronologically deep, it hit its stride during the golden age of classic style.

We took a recent weekend trip there intent on seeing how Chicago is realizing its proud past in a modern world. After a few dips in Lake Michigan, a daring step out onto the 1,353 above ground glass Ledge at the Willis Tower, and more than a few local brews at a great blues club, we discovered Haberdash, a perfect retail encapsulation of the Windy City’s attempt at bringing back a bit of the past. It is also part of the nationwide network that is completing the commerce circle helping to make the resurgence of American manufacturing possible. Haberdash, its name a current ode to the haberdashery of old, was founded in 2005 by Adam Beltzman, a former lawyer who was so dissatisfied with the landscape of menswear in the Windy City that he decided to change it and open his own store.

It sits on a relatively quiet block of State Street (“that great street, I just want to say…”), just a few skips west of the bustling Magnificent Mile and hops north of the Chicago River. 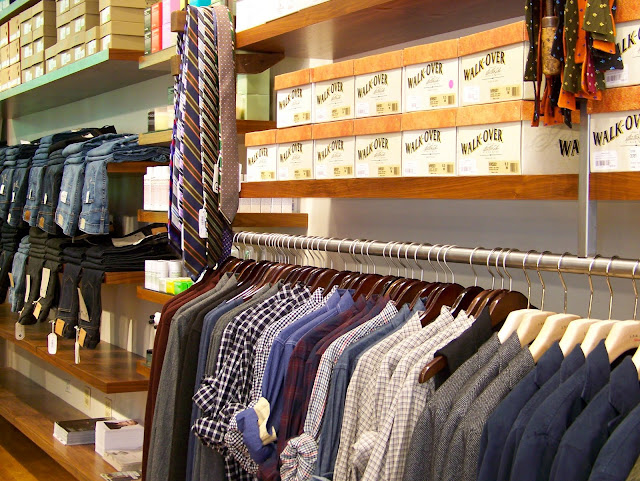 Its name perfectly encapsulates Adam’s vision and the store’s purpose: to provide an accessible and friendly stop for the contemporary man of substance to reshape his wardrobe with old school, heritage brands. It’s got a traditional and accomplished feel but lacks any mustiness or stuffiness.

Adam and merchandiser Grace Marsh put the emphasis on carrying American made goods, and a quick perusal through the shop revealed stacks of Minnesota made boots amidst a row of Pennsylvania made button-downs and New York born khakis. In other words, one can find Gitman Bros. shirts, Red Wing shoes, Ramblers Way Farm knits, and Grown & Sewn pants, just to name a few. 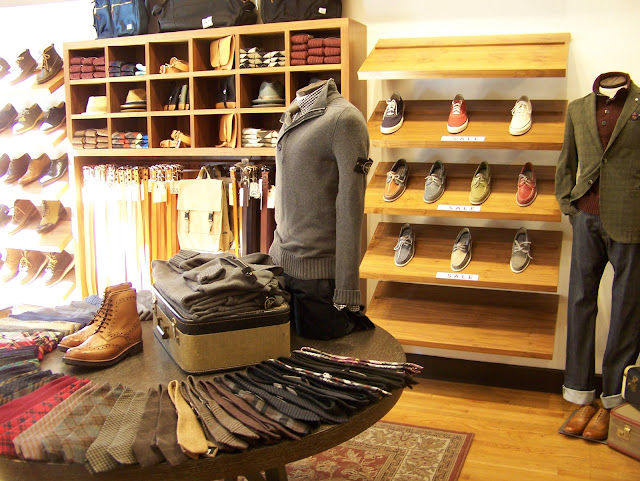 The folks at Haberdash certainly see a change in the perception of American made goods once people enter the store and see the brands and looks up close. Most are fascinated by the stories and lifestyles behind the brand and begin appreciating the difference between mass produced imports and small batch, heritage branded American goods. 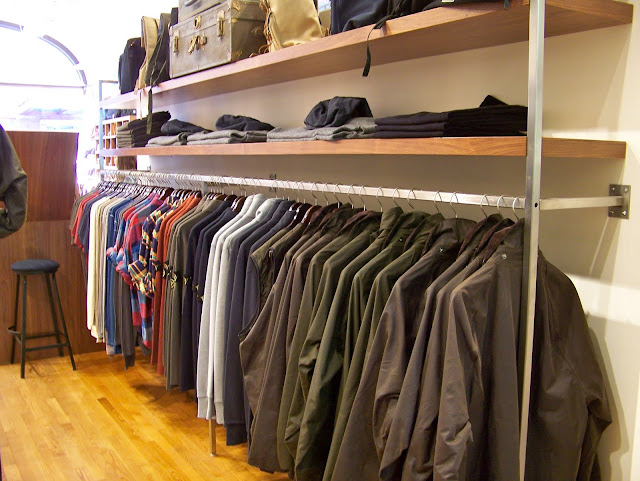 Haberdash is located at 607 North State Street in the River North neighborhood of Chicago. A second location is at 1350 North Wells Street in the Old Town neighborhood. An accessories store called Haberdash: EDC (Every Day Carry) will open just before Thanksgiving.